RTE have announced Brian O'Donovan as their new Washington Correspondent, he takes over from Catriona Perry who was announced as one of the new co-hosts of Six-One News. Brian O''Donovan moved to RTÉ in 2015 as a multimedia journalist, he cut his teeth at TV3 as their business correspondent. 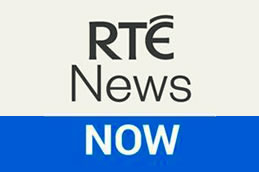