Virgin Media Television is to axe 780 hours of live TV from its schedules. Virgin Media One had recently announced a major increase in live TV in 2019 replacing ITV's This Morning with an extended Ireland AM, Elaine and News at 12. Ireland AM will see an hour cut from its programme, Elaine will move back to 3pm each weekday, while Virgin Media news will be cut by half an hour moving to 12:30, meanwhile their NEWS on TWO show was axed in 2019.

The Republic of Ireland V Gibraltar qualifier match took the top spot for the weeks most watch tv shows among adults. GAA games allowed RTÉ2 to take 3 of the top 5 places with MSHC - Tipperary V Limerick getting 342,000 viewers and CSFC - Galway V Roscommon getting 335,000 viewers. RTÉ ONE took the next two spots in the top 5 with Prime Time getting 266,000 viewers and Fair City getting 265,000 viewers. Figures for Love Island on Virgin Media TWO were unavailable. The top 9 games on RTÉ2 for the women's world cup had an average of 62,000 adult viewers, with BBC and TG4 figures unavailable.

Virgin Media have taken the lions share of European Soccer for the next three years. RTÉ move their rights to Tuesday Night, while eirSports have lost all their rights to both the Champions League and the Europa League. It is not yet known how the extra games awarded to Virgin Media and TV3 will be shown. Currently the second choice matches air on pay operator eir, with first choice airing on RTÉ and TV3. BT Sport retain their non-exclusive rights to the games in Ireland.

TV3 have held on to much of their auience following March's Six Nations and Ireland's Got Talent, with an 18% share of the audience across all Virgin Media channels, is compares to a March figure of 19%. RTÉ saw a 4% drop in audience from March with the exiting of Striking Out, Room to Improve and DWTS. Overall RTÉ Channels had 25% of the audience compared to 24% in March.

RTɠcontinued to dominated the top most viewed programmes. Both RTɠONE and 2 saw entries into the the top twenty shows with no showings for TV3, eir Sport or TG4. Overall RTɠwas down 2% in 2017, TV3 was up 2% from last year and TG4 was up 5% and eirSport was down 63% from last year, largely due to its exit from Virgin Media's platform. 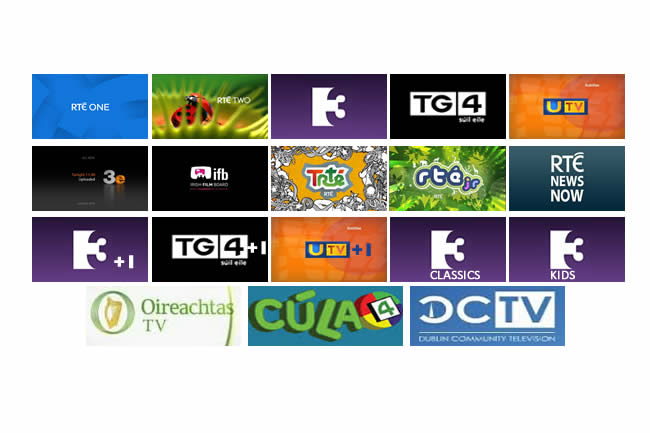